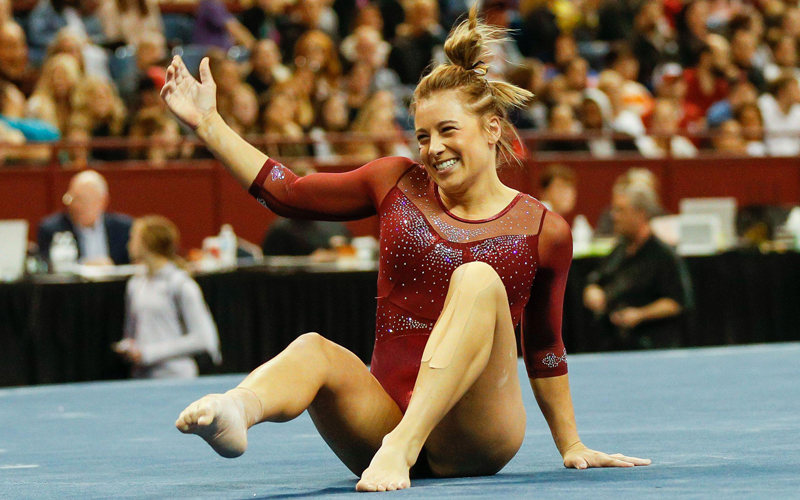 Another big weekend for University of Denver’s gymnast Maddie Karr.  Maddie scored her second 10 on vault this year and with that, became the record holder for the most individual career titles for Denver, 102.  We also catch up on the rest of the happenings during week nine including UCLA’s Nia Dennis’ floor routine that went viral. Tell us which floor routine you would like to go viral this season. Tweet us, email us, or leave us a voicemail.